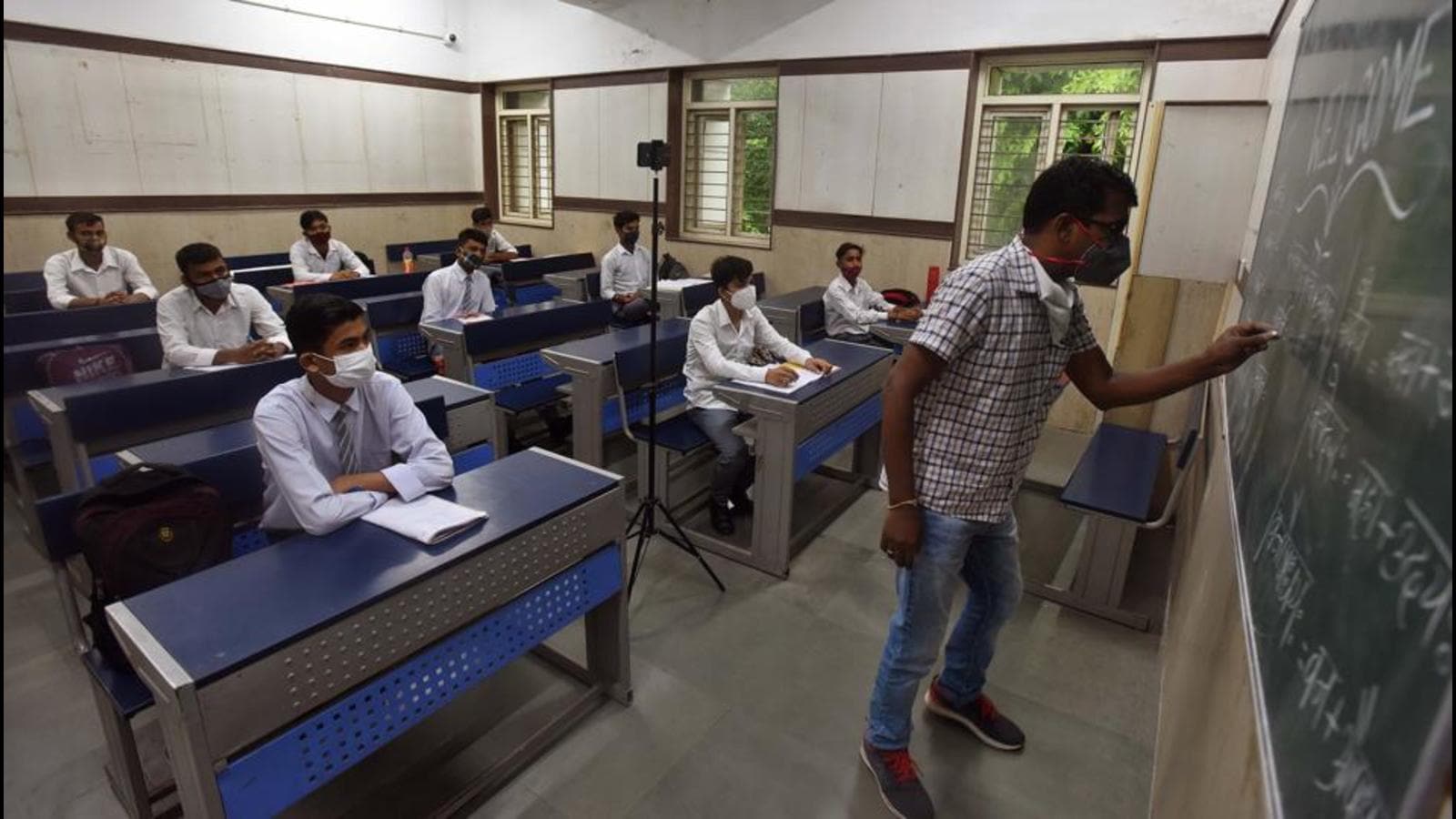 The first of a two-part system of Board examinations for this year will be held offline, last 90 minutes per subject, and offer objective-type questions, the Central Board of Secondary Education (CBSE) said on Thursday, announcing the exams will be held in November and December and the full schedule will be put up on October 18.

The CBSE, the largest education board in the country by number of students enrolled and schools affiliated, has decided to follow a two-term academic calendar this year in order to prepare for the sort of crisis that took place during the last academic session — theory examinations were scrapped after the second wave of Covid-19 took hold.

The set of exams to be held in November-December will be categorised as the term-1 exams. “After the term-1 exams, the results in the form of the marks scored will be declared. No student will be placed in the pass, compartment and essential repeat categories after the first term. The final results will be announced after the first and the second-term examinations,” the release, signed by CBSE examination controller Sanyam Bhardwaj, said.

The term-2 examination will also be offline and the questions may me objective- or subjective-type, but that, and the timing, will depend on the state of the pandemic in the country at the time, the board said in its release on Thursday. In order to simplify the grouping of the schedule, CBSE has split the first-term exam subbjects into minor and major subjects, with those classified as minor being held first. These largely include electives.

The date sheet that will be announced on October 18 will only be for the major subjects.

The first-term exam question papers will be sent by CBSE to schools along with the marking scheme and the exams will be conducted under the supervision of the superintendents and observers appointed by CBSE. Marks of the first-term exams will be contributed to the final overall score of students. A compiled result will be declared by the board after the second term examination.

Jyoti Arora, principal of Mount Abu School in Rohini, said: “The decision of dividing subjects in two groups (major and minor) is a welcome step. It will save a lot of time of both schools and students. If the first term exams will complete early, students will get sufficient time to prepare for the second term exams as well.”

Some principals of government schools, meanwhile, expressed concern over conducting more than one exam in a day. “We will have to sanitise the whole school before the next batch of students come to appear in exam. It will be challenging for schools with limited space. We will wait for the CBSE to release complete guidelines,” said principal of a government boys senior secondary school in Karawal Nagar