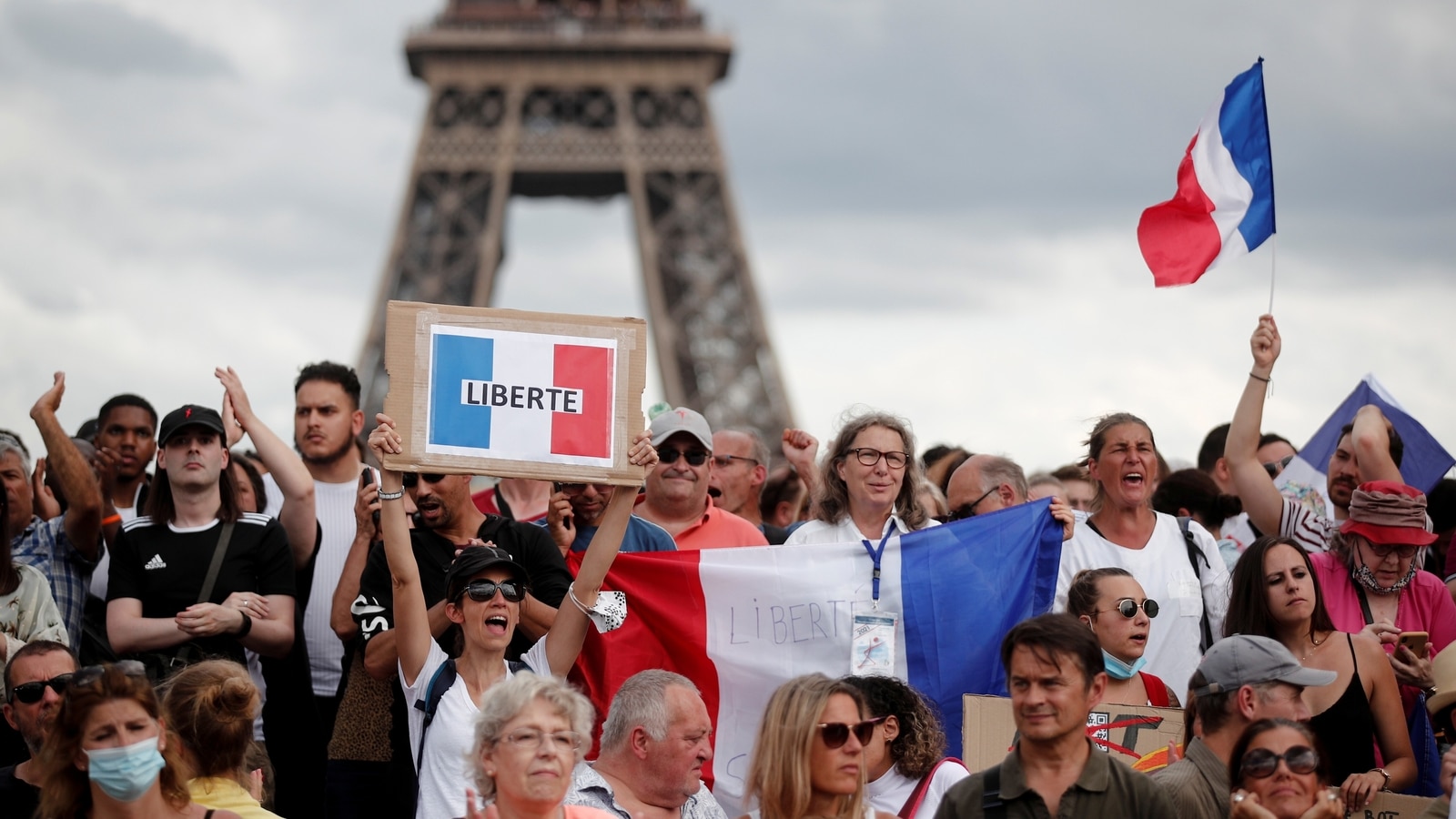 More than 100,000 people protested in Australia, France, Italy and Greece on Saturday, sparking clashes with police as they railed against Covid-19 measures and government sanctions against the unvaccinated aimed at prodding more people into getting jabs.

Dozens of protesters were arrested after an unauthorised march in Sydney, with the city’s police minister branding those who took part as “morons”.

Organisers had dubbed the protest a “freedom” rally. Attendees carried signs and banners reading “Wake up Australia” and “Drain the Swamp”.

In France, where police deployed teargas and water cannon against some protesters, an estimated 160,000 took to the streets in nationwide protests against President Emmanuel Macron’s health pass that will drastically curtail access to restaurants and public spaces for unvaccinated people.

The demonstrations highlight the conflict globally between people caught between the advice of the World Health Organization and other public health agencies and the need to earn a living — or simply to return to a pre-pandemic lifestyle.

In Indonesia and the UK, governments have pressed ahead with easing of restrictions even in the face of surging.

Meanwhile, around 5,000 people demonstrated in Athens, carrying placards touting slogans such as, “Don’t touch our children”, according to an AFP journalist at the scene.

And in Italy protesters gathered in Rome to demonstrate against a mandatory “green pass” for indoor dining and entertainment.

Earlier in Sydney, demonstrators pelted officers with pot plants and bottles of water as they defied a month-long stay-at-home order, a day after authorities suggested the restrictions could remain in place until October.

New South Wales state Premier Gladys Berejiklian said she was “utterly disgusted” by the protesters whose “selfish actions have compromised the safety of all of us”.

New South Wales Police Minister David Elliott said a team of detectives would be scouring footage to identify and charge as many people as possible in the coming days.

Sydney, a city of over five million people, is struggling to contain an outbreak of the Delta variant, first identified in India and now spreading globally.

After escaping much of the early pandemic unscathed, around half of Australia’s 25 million people are now in lockdown across several cities.

There is growing anger at the restrictions and the conservative government’s failure to provide adequate vaccine supplies.

Just 11 percent of the population is fully vaccinated.

In France, as elsewhere in Europe, the government is making it harder for reluctant citizens to put off getting the jabs.

Legislation now being considered by lawmakers will make vaccinations compulsory for certain professions, while the controversial health pass will severely restrict social life for holdouts from the end of July.

There were signs the tougher measures announced on July 13 were having the desired effect: 48 percent of the population were fully vaccinated as of Friday, up eight percentage points from July 10.

While more than three-quarters of French people backed Macron’s measures, according to a July 13 Elabe poll for BFMTV, a sizeable and vocal minority do not. Elodie, 34, a care assistant at a Strasbourg nursing home, denounced “the blackmail of caregivers who were at the front line” during the first wave and who are now threatened” with “no more pay” and even being fired.

“They’ve been lying to us since the beginning,” she said.